On November 16-18, 2022, the XVI International Scientific and Technical Conference of Young Scientists and Specialists "Problems of Modern Nuclear Energy" will be held in Neteshyn. The topic of the conference: "Construction of new power units AP-1000 - possibilities and prospects for Ukraine".

Within the framework of the conference, four scientific sections are planned, during which the current issues of the functioning and development of the nuclear industry and nuclear research will be considered, in particular, the strategy for the development of the nuclear power industry of Ukraine, the peculiarities of the choice of reactor technologies, scientific and technical support for the implementation of projects for the construction of new NPP power units, as well as improvement of safety level, improvement of NPP equipment, modernization of technologies and processes used at nuclear power plants, etc.

Among the participants of the conference are representatives of scientific institutions, enterprises and organizations of the nuclear industry of Ukraine, related industries, as well as specialized institutions of higher education.

The conference will be held offline/online. You can follow the work of the conference on the YouTube channel of the Ukrainian Nuclear Society. 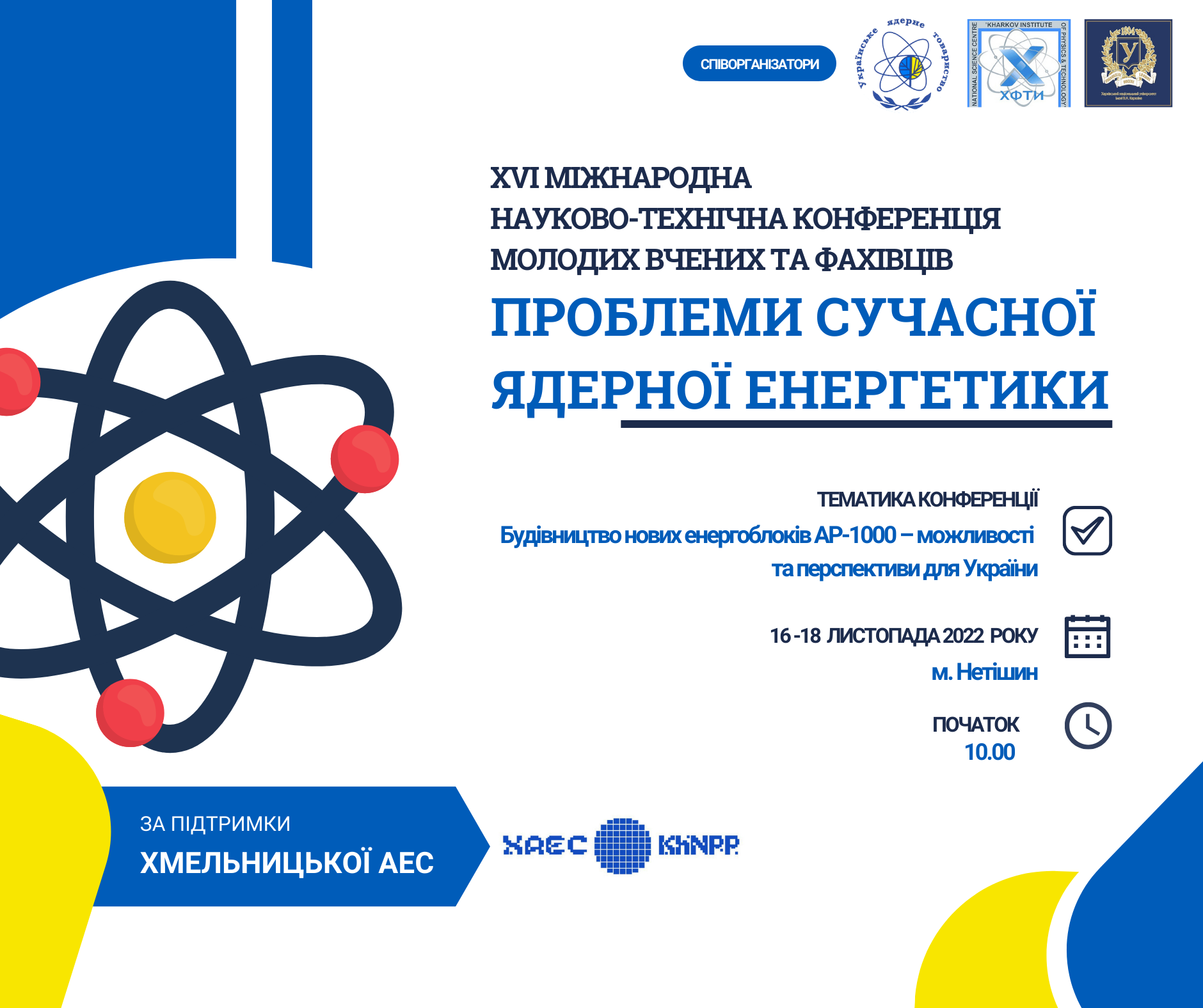